The site is just across the Meralco Sta. Rosa Business Center and less than 200 meters away from St. James Hospital. Moreover, the Sta. Rosa Hospital and Medical Center are just a few blocks away. The development is surrounded by lush greens, and some of the remaining pristine spaces in Sta. Rosa.

The Dawn Residences is less than 15 minutes away from SLEX Sta. Rosa Exit (westward). The majestic Laguna de Bay on the east is less than 3km away from Dawn Residences. The city of Sta. Rosa is the second-largest LGU (local government unit) in Laguna, next to Calamba City. The city has an average elevation of 70 meters, the highest of which is more than 390 meters above sea level. Although the city is near Laguna de Bay, it seldom experiences flooding, especially in Brgy. Dita. The highly urbanized city is home to several prestigious schools, first-rate medical institutions, premier residential subdivisions, places of worship, and industrial estates. 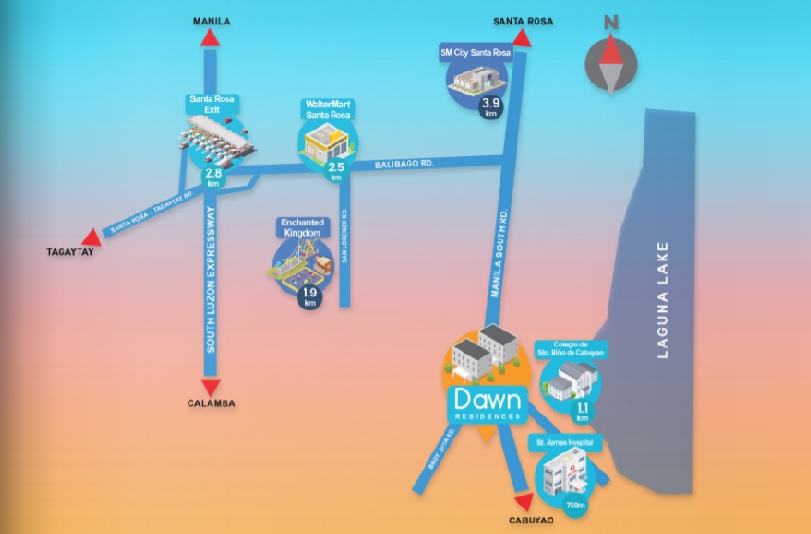